We are investigating the characteristics of laminar flames in various conditions to understand fundamental combustion physics behind.

We have developed a counterflow, annular slot burner that provides an ideal one-dimensional strain rate and lengthwise zero flow velocity that allowed us to study the fundamental behaviors of edge-flames. In addition, our burner has easy optical access for detailed laser diagnostics. Flame displacement speeds were measured using a high-speed camera and related flow fields of unburned gases were analyzed by particle image velocimetry. These techniques allowed us to identify significant modifications to the flow fields of unburned gases caused by thermal expansion of the propagating edges, which enabled us to calculate true flame propagation speeds that took into account the flow velocities of unburned gases. 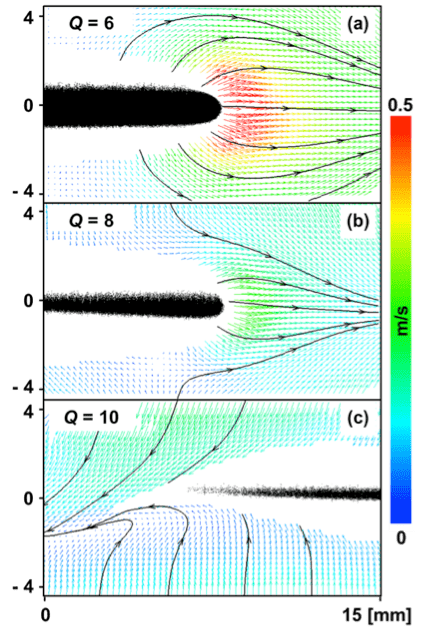 Flow characteristics in small coflow diffusion flames were investigated, focusing particularly on a near nozzle region, and considering the buoyancy force exerted on fuel with densities lighter and heavier than air (methane, ethylene, propane, and n-butane). The flow fields were visualized through the trajectories of seed particles. The particle image velocimetry technique was also adopted for quantitative velocity field measurements. The results showed that the buoyancy force exerted on fuel as well as on burnt gas significantly distorted near nozzle flow fields. For fuels with densities heavier than air, recirculation zones were formed very close to the nozzle, emphasizing the importance of the relative density of fuel to air on the flow field. Nozzle heating influenced the near nozzle flow field particularly for lighter fuels (methane and ethylene). Numerical simulations were also conducted, focusing specifically on the effect of specifying inlet boundary conditions for fuel. The results showed that the fuel inlet boundary with fully developed velocity profile for the case with a long enough tube should be specified inside the fuel tube to permit satisfactory prediction of flow field. The calculated temperature fields also indicated the importance of the selection of the location of inlet boundary, especially in testing various combustion models that include soot through small coflow diffusion flames. 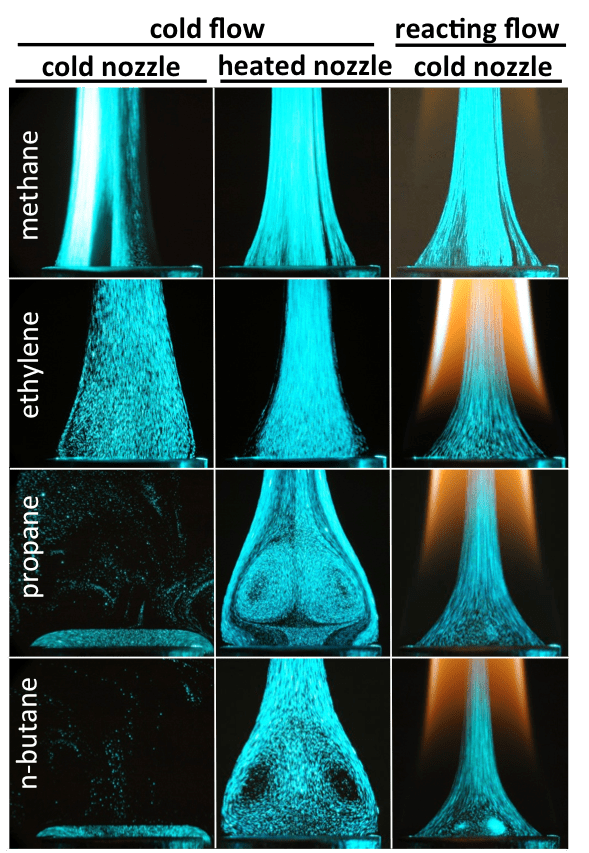 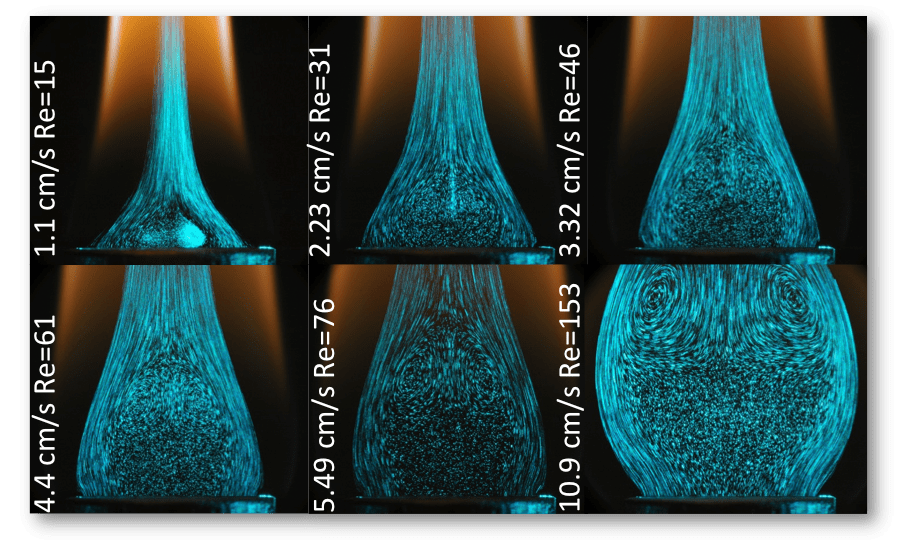 The characteristics of tip openings in premixed bunsen flames have been studied experimentally by measuring OH radicals from laser-induced fluorescence and tip curvatures from chemiluminescent images. Results showed that the tip opening occurred at a constant equivalence ratio and was independent of the jet velocity in propane/air mixtures. The observation of a local extinction phenomenon of the negatively stretched flame due to the flame curvature could not be consistently explained based on flame stretch or the Karlovitz number, since they varied appreciably with the jet velocity. The concept of the local Karlovitz number (KaL) was introduced, which is defined as the ratio of the characteristic reaction time in the normal direction for a stretched flame to the characteristic flow time in the tangential direction for the stretched flame. The local Karlovitz number maintained a constant value under tip opening conditions, irrespective of the jet velocity. Tip opening occurred at a reasonably constant local Karlovitz number of about ~ 1.72 when the nitrogen dilution level in propane and n-butane fuels was varied. 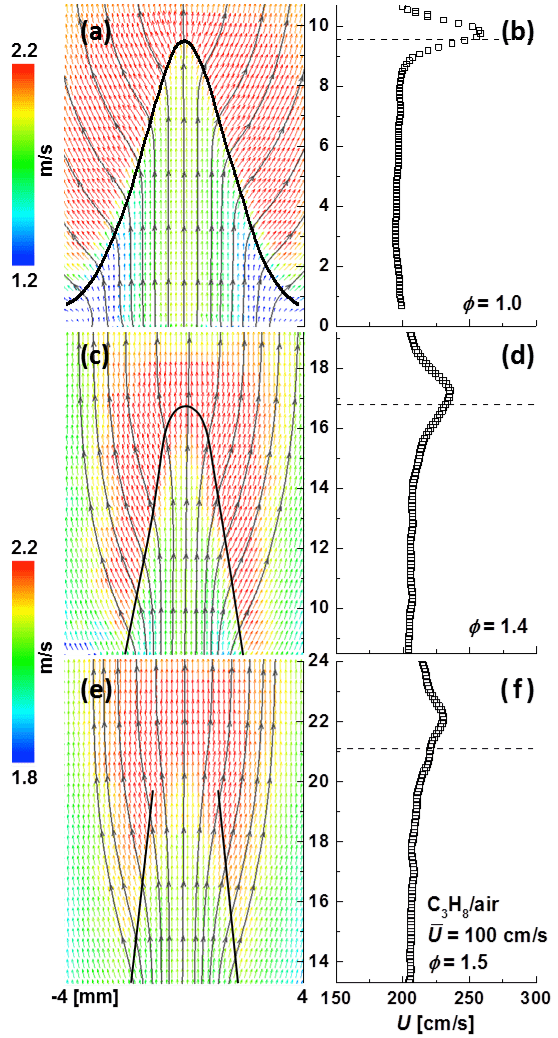