Article by Neil Clark
​
Stunning 3D images that show the effect of electric fields on ionic winds flowing from a flame could help improve combustion efficiency and reduce pollution, according to researchers.

When an electric field is applied to hydrocarbon flames, ionic wind is generated. While this has been shown to influence soot emission, propagation speed, and the stability of flames, not much is known about the behaviour of ionic wind and how it affects flames. 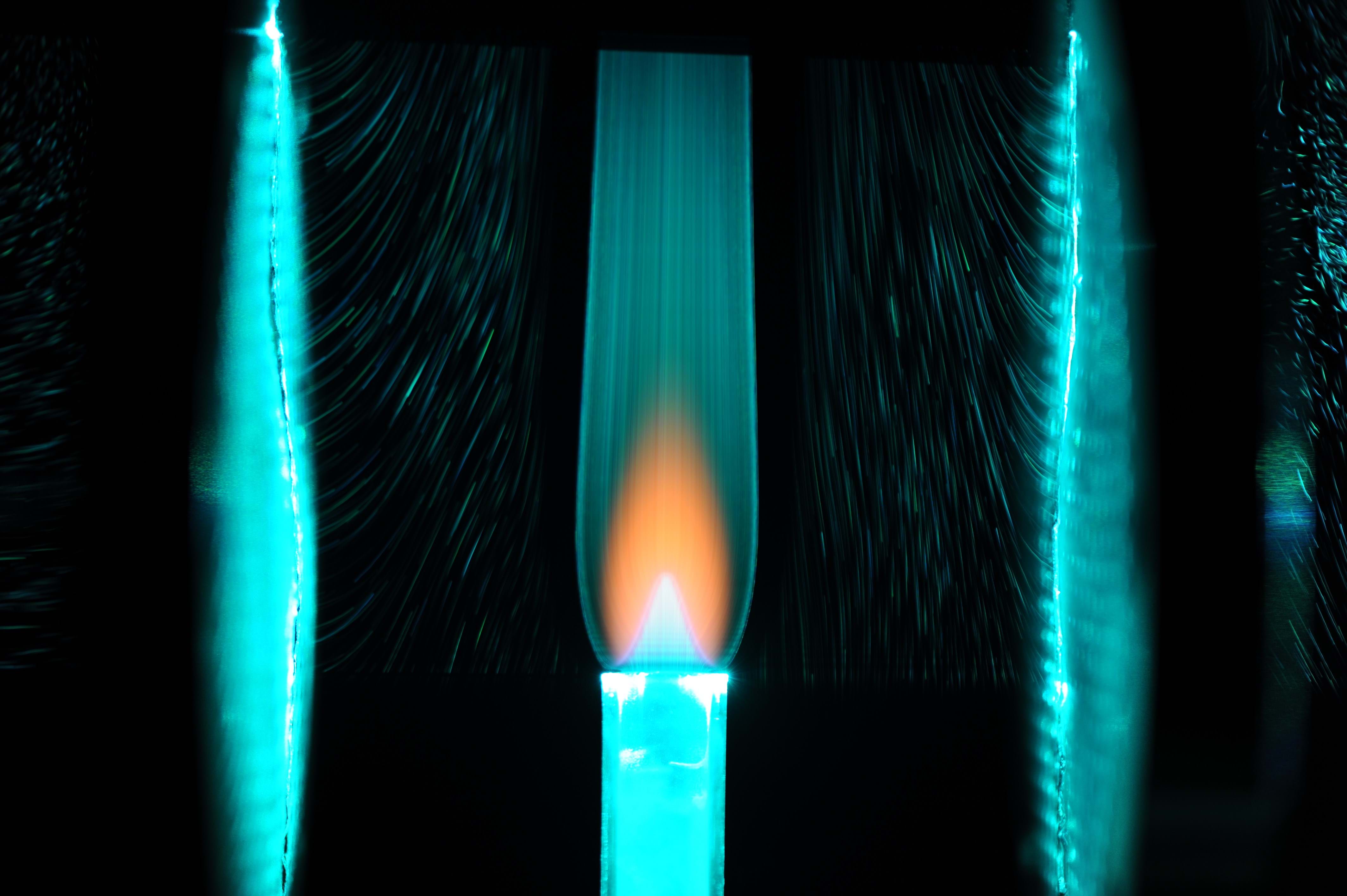 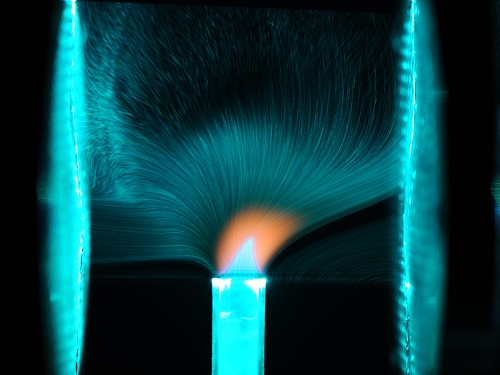 The team, led by Minsuk Cha, achieved this by ejecting a mixture of methane and air through a jet flame nozzle, placed between two electrodes. They illuminated the flame using an argon-ion laser, and detected the scattered light in order to trace the motion of individual particles through the flame.

This visualisation was enhanced in quality by adding reflective seeding particles made from titanium oxide and oil to the flame. 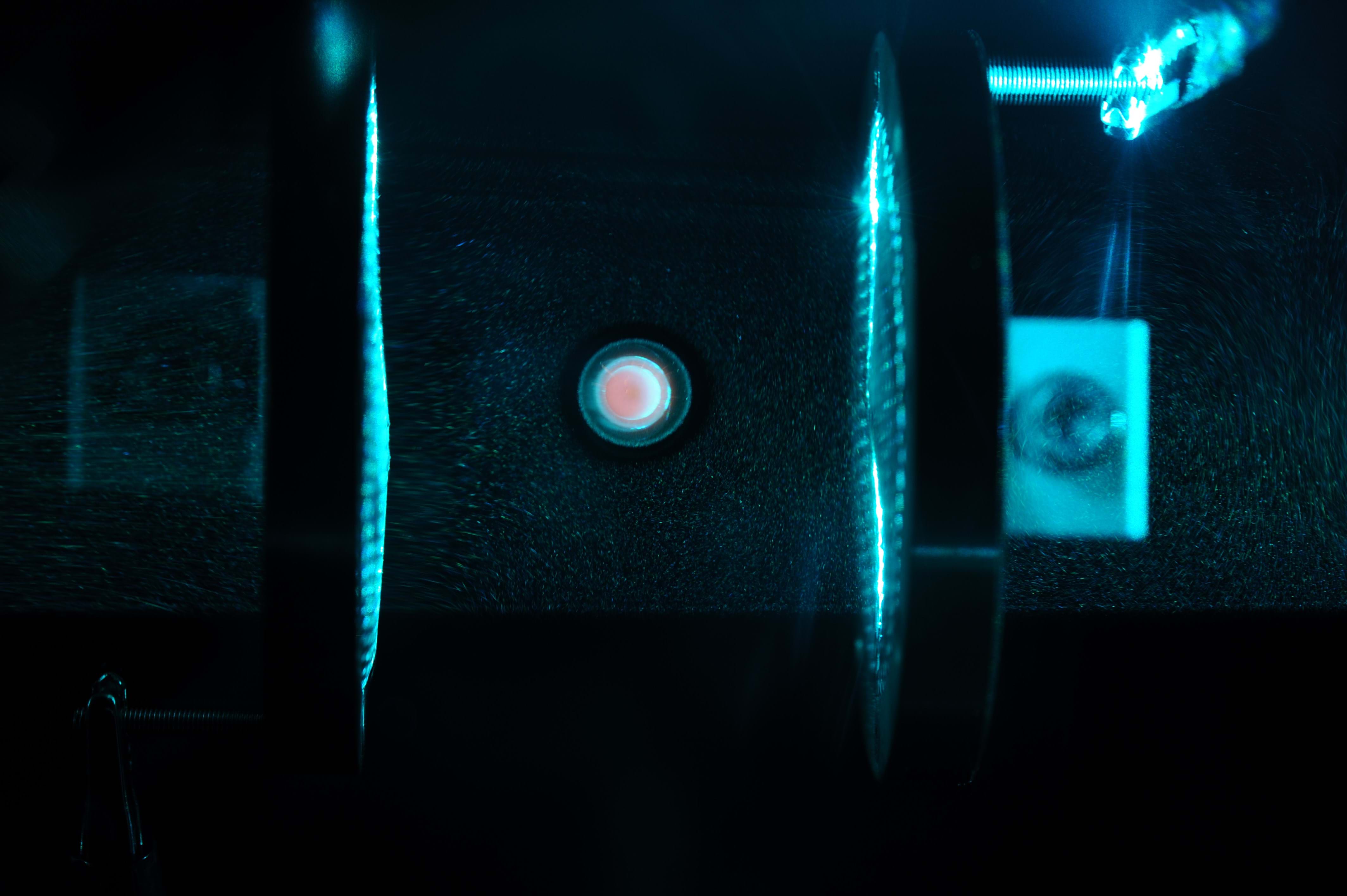 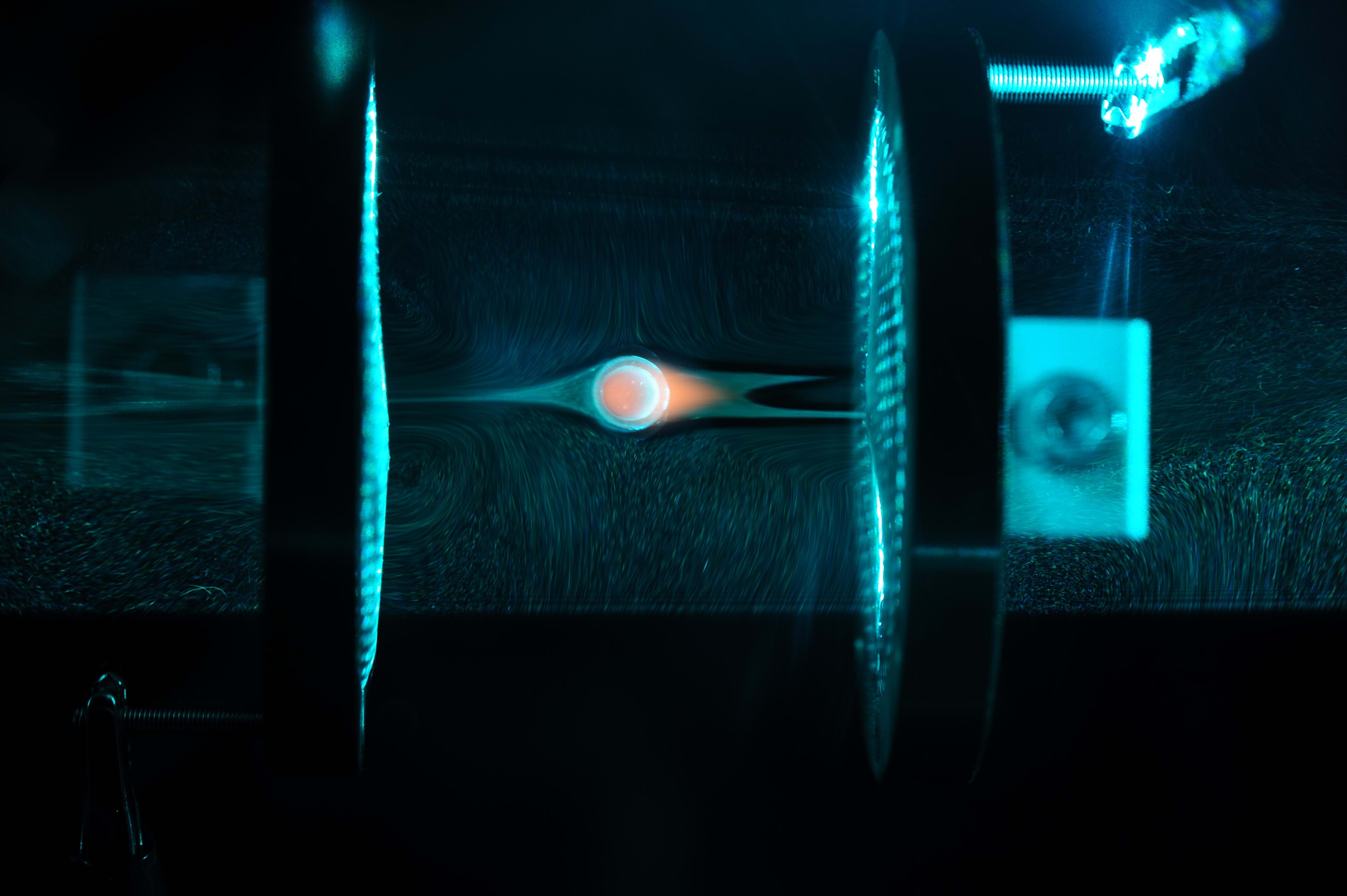 “The particle seeding to the ambient flame was quite difficult,” said Cha, “We used a smoke generator, but we had to control the timing of the smoke generation very carefully so that we didn’t disturb the main flow. It was a time-consuming step requiring a lot of patience.”

The researchers found that when a DC field was applied, the flame bent towards the negative electrode, while the ionic wind blew toward both electrodes. In an AC field, the ionic wind dynamics depended on the applied AC frequency – although this was only the case at low frequencies.

The authors of the research, which was published in Combustion and Flame,believe that this work could have a positive impact on the future design of flame-generating machinery. Importantly, they also believe that applying it wouldn’t require the building of completely new industrial equipment.

Cha said: “The beauty of this method is that it can be retrofitted – it can be added in as an active control method for any pre-existing combustion system.

“Depending on the system configuration and the type of combustion that we need to control, we could use our knowledge and understanding to work out the appropriate locations of electrodes and choose the best operational parameters, such as voltage or frequency.”

Read this article on thechemicalengineer.com​ where it was originally published.​